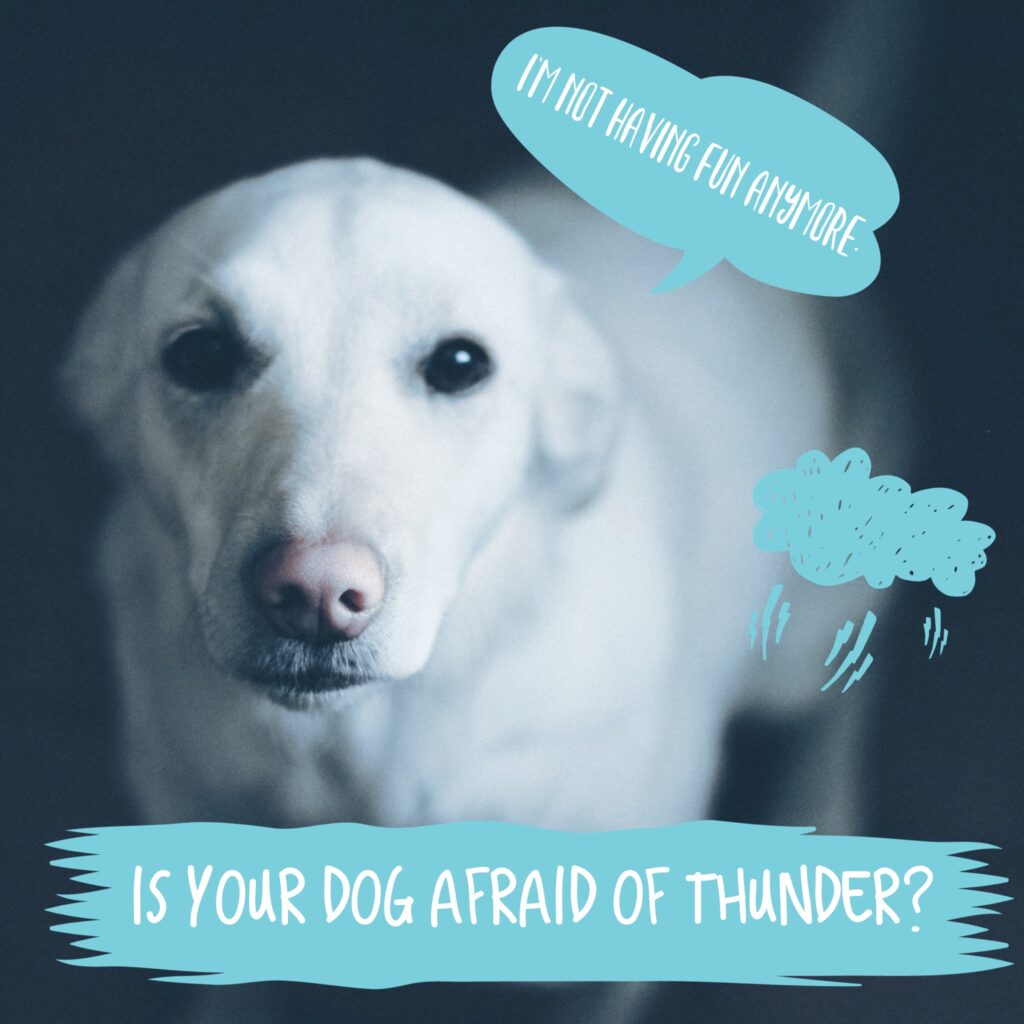 Why Are They Afraid?

Dropping barometric pressure—which dogs can sense—coupled with darkening skies, wind, and the sheer noise of thunder can cause fearful reactions in dogs. Some dogs have canine noise aversion, which can make them uncomfortable or even phobic about loud sounds.

Phobia of thunder is common in dogs, it’s usually shown by hiding, whining, barking, pawing or scratching. Anxiety about thunder is difficult to treat but it is important to treat because the anxiety usually increases with age. A dog who suffers from a fear of thunderstorms may begin to display anxious behavior long before the thunder begins. According to some veterinarians, dogs may experience shocks from the build-up of static electricity that accompanies thunderstorms. Dogs with other fearful behaviors, such as separation anxiety, also seem more prone to panic.

What You Can Do.

Don’t Punish or Cuddle – When dealing with this phobia it is important not to punish your dog for being anxious nor cuddle him too much as this can exacerbate the problem.

Create A Safe Place – Give your dog a safe indoor space to go when he’s scared. If he’s crate-trained, he probably already feels safest there.

Familiarity – You want to get your dog used to the sound of thunder and see it as normal. This is usually done by playing recorded thunder at low volume and in short intervals.

Switch Environments – Changing your pet’s location can be surprisingly effective, because it may help reduce the storm’s volume level or make your pet less aware of it.

Increase Exercise Before a Thunderstorm – This helps tire them out both mentally and physically. Many vets claim that it can also boost natural serotonin levels, which act as a natural calming aid.

Counterconditioning During a Thunderstorm – Bring out a toy or favorite thing of the dog when he begins to feel nervous about an approaching storm or feed him an extra-special treat during these times. This diverts their focus, and will gradually help recondition their response.